From Dude to Dad

What changes occur to make a man caring, involved dad?

What changes occur to make a man  caring, involved dad?

You only have to look at your partner crooning softly to your wrinkly, wailing newborn to see how far men have come. Gone is the distant patriarch of the family. Nowadays, more new fathers swagger out of the labour ward wearing goofy, but proud smiles.

Having an involved and loving father is often overlooked in the mass of information about the mothering of babies and youngsters. Parenting books and magazine appear, on the surface, to be aimed at mums, which begs the question… ‘Do dads matter?’ Even the term ‘fathering a child’ has very different meaning to ‘mothering a child’, suggesting a level of distance and uninvolvement.

Psychologists can waffle on about the different nature of the roles, maternal vs paternal, soft vs hard, lenience vs firmness and so on, but dads really do matter. The evidence is concrete that fathers play a huge role in the development of their children.

Becoming a father is a major life transition and involves changes on every level of a man’s life. Most dads feel shock at how completely different everything is once their baby arrives. Confusion and anxiety is normal during the pregnancy and early days.

Psychologically, men appear to go through a transition in their identities. An identity reshuffle so to speak. Realistically, being a father is a role that is developed even before the new dad sees his new baby. New evidence suggests that a ‘good dad’ is created from a boy being exposed to a variety of role models early in life that he can mimic from. So all is not lost if a man’s own father wasn’t an ideal dad. What is crucial is exposure to different relationships from which a boy can learn, whether these are grandfathers, uncles, family friends, coaches or teachers. The internalisation of these models occurs in all boys and seems to be culturally specific. It is generally understood that ‘father’ is a role that occurs after a couple of decades of interaction in other roles such as son, nephew, brother, boyfriend, co-worker and friend. A man’s success at each of these roles can predict his success in other roles at later stages, especially that of father.

Different kinds of dads
Of course, theories abound on generational differences of dads through the ages, and even within certain culture groups there are different kinds of fathers. Recently, many magazine and books have depicted the ideal of a more involved dad. Thanks to modern changes in work situations allowing more flexibility to both parents, more fathers are taking a far more active role in child caring. Steven Biddulph, renowned parenting author, paraphrases four kinds of defective fathers in his book Manhood – An action plan for changing men’s lives. Firstly there is the ‘Dad that would be king‘ who expects his family to be his slaves and only gets involved to punish or pardon. Next is the ‘Critical father‘ who because of his own frustration only focuses on the negative aspects of his family and nitpicks constantly. Then there is the ‘Passive father‘ who relinquishes all control to his wife. Lastly there is the father who, instead of balancing work and fathering, allows work to overtake and become his life. Are these among the identities that men should embrace as they develop as fathers? And another question – are men aware of the type of dad they have become?

Most fathers appear to have adopted the role of provider and protector. This is not surprising, as traditionally men have been seen as the breadwinners. Previously, however, this has led to a perception of distance. The more a man undertakes the role of provider, the more absent from family life he seems to be. Adam, father of three small girls, believes that the role of provider is central to his role of dad. He says, ‘My whole life is dedicated to providing financially for my children. I want nothing but the best for them.’ Nonetheless he maintains, ‘I believe being a good provider is no excuse for not being involved.’ This is a pressure he felt from the moment his first daughter was conceived.

The stress of being a modern dad

It appear that the balancing of the economic demands of providing for a family, as well as being involved in every aspect of their children’s lives, places an enormous amount of stress on men. Studies at Pennsylvania State University suggest that fatherhood increases family interaction, service-oriented activities and paid labour at the expense of socialising and relaxation. Recent reports show that almost two-thirds of fathers are worried about their children’s emotional well-being and behaviour and want to improve family life and communication. Dads today want to – and should – be more involved with their children, as opposed to the traditional view of a providing but absent dad. Recent studies into identity reveal that the importance a man attaches to a nurturing role determines whether he’ll be a good and involved dad.

If a man values his emotional, nurturing role in his family, this correlates with more interaction and responsible behaviour with his children.

Changes on every level

New research suggests that the identity of ‘father’ is actually created prior to birth. As the physical signs of pregnancy grow, so does the reality of the new identity men face. As the due date approaches, the identity of dad-to-be gains importance for the man and contributes to the father-baby bond. This bond is directly reliant on the importance that father attaches to his new identity of father-to be, which is influenced by his relationship with the mother. As the father status increases, so too does the bonding pre-and post-birth. Fathers face a re-organisation of their identity as their child is brought into this work – from fathering to be a dad.

New research now suggests that changes are not only apparent on an identity level, but on hormonal levels too! Studies in Canada have now proved that men undergo significant hormonal changes just before or shortly after their partners give birth to their children. Blood tests on new dads have shown that four hormones are primarily affected. Testosterone, the classic male hormone, appears to drop by up to 33% in the first three weeks after birth. Levels returned to normal as the babies reached between 4 and 7 weeks of age. Prolactin also exists in men and seems to stimulate fatherly care in animals. In the men studied, prolactin levels rose by 20% in the first three weeks after birth. Cortisol is a stress hormone, and high levels have been found in mothers, who can more easily identify their baby’s smell, which suggests heightened bonding. In the men studied, cortisol levels were twice as high three weeks before the birth than earlier in the pregnancies. Additionally, oestrogen was found to increase in men too. Oestrogen rose from 30 days before the birth and continued to 12 weeks post-birth. This could be a stimulus for more nurturing behaviour in dads.

Aside from the psychological issues that men becoming fathers face, a myriad of influences shape a father in every context of his life. Mothers around the world stare in wonder at the love their ‘tough’ partners exude as they care for their children, from wiping bottoms to kissing sore knees. Being a father is one of the hardest roles a man can take, and one of the most important. Sigmund Freud agreed when he wrote, ‘I cannot think of any need in childhood as strong as a need for a father’s protection.’ 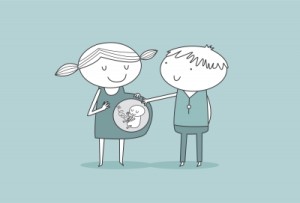 Image courtesy of Craftyjoe at FreeDigitalPhotos.net 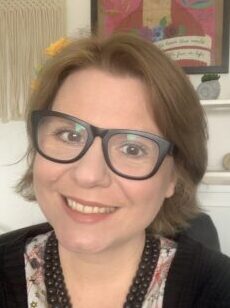 A BACP registered Psychotherapist with a Masters degree in Counselling Psychology, situated in Hartford, Cambridgeshire.